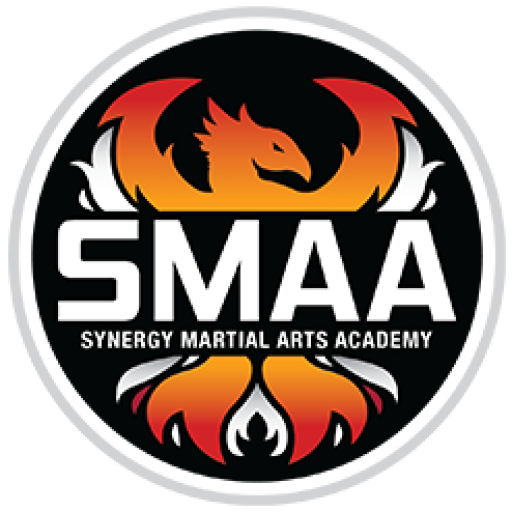 Are you looking for a fun and safe way to teach your kids self-defense, discipline, confidence, and focus?

Our Kids Jiu-Jitsu is a program that focuses on teaching children these items and much more!

Fill out the form below to receive more information about our program. 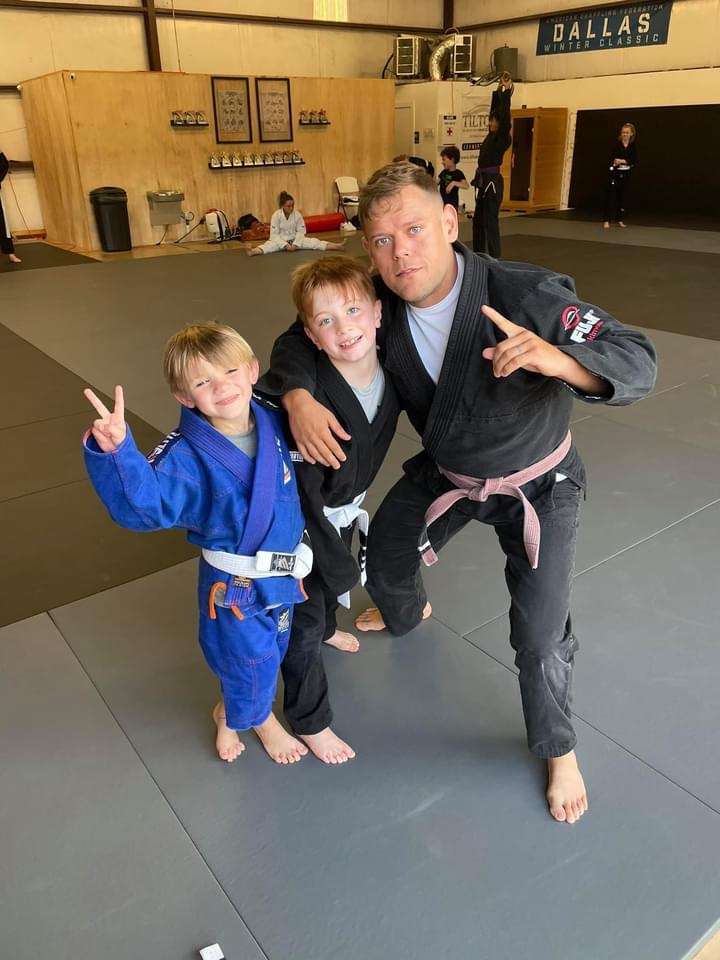 Shane has been training jiu-jitsu for 13 years and is one of the original members of SMAA.

He is the head kids coach at SMAA in Bossier City and both of his sons excel in the program.

He and his boys can be found on the mats everyday of the week, most often drilling double legs. 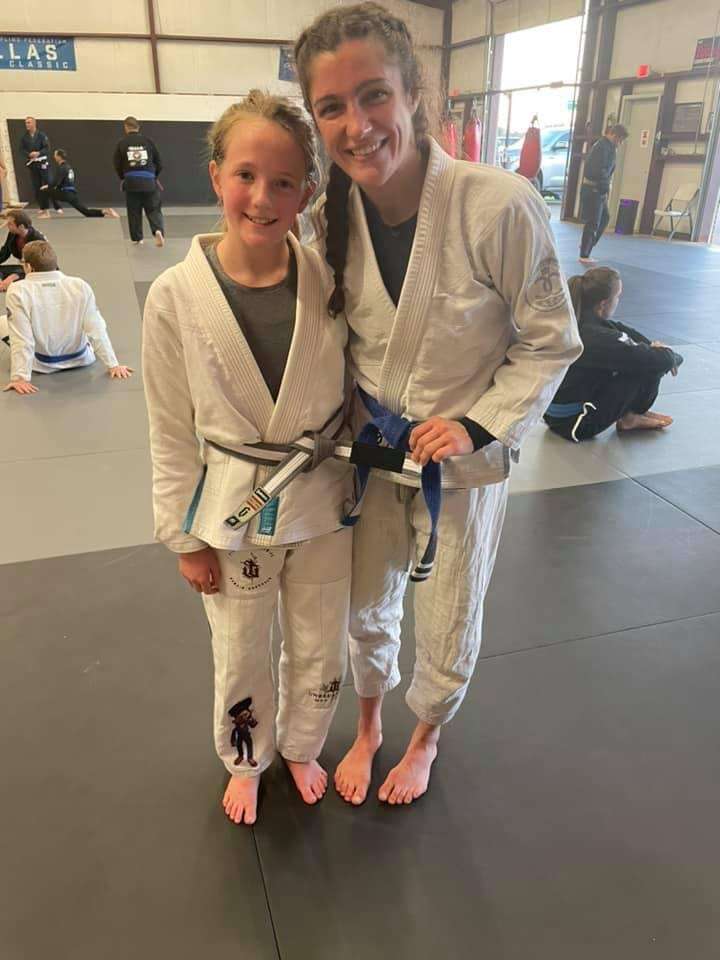 TO ANY OF THESE POINTS?
s

Listening is not your child’s strongest skill set

They are shy in public, but are more open at home or with family 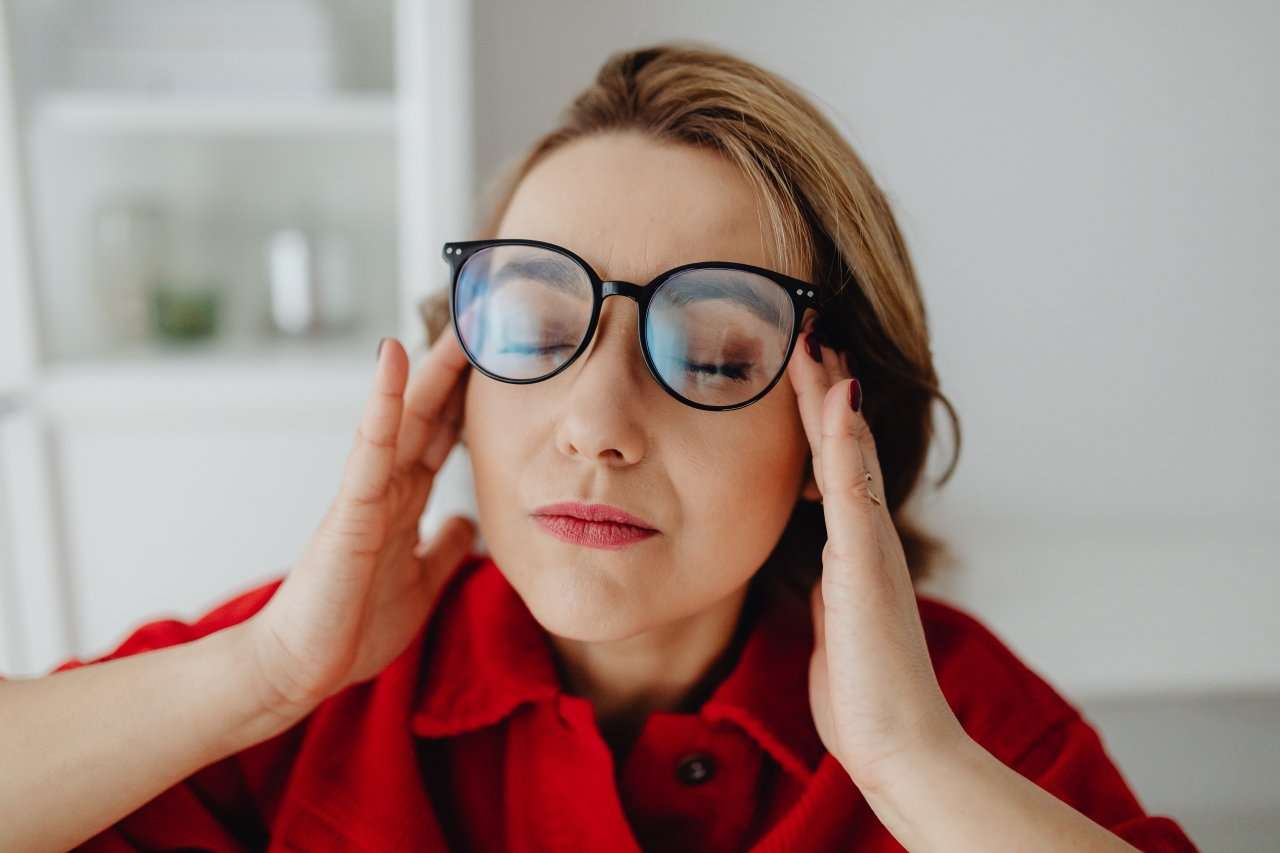 We understand raising kids can be hard

When you child misbehaves we tend to resort to options such as medicine to therapy, harsh actions and cajoling our children to change their behavior. But what if we were to tell you there is a safe, natural way that will take charge in positively impacting every aspect of your child’s life- all without the need for any medication or even trying too hard!

That’s right – teaching them self-discipline, how powerful it feels to work hard and be successful at something they love as well as setting clear expectations are what really can make an enormous difference. All by empowering kids while also teaching them humility–all this with a side order of health benefits like exercise which promotes fitness? Wow!

YOUR CHILD WILL GROW WITH EVERY CLASS!

Enrolling your child in a martial arts class is like handing them the tools to succeed. It’s an opportunity they won’t want to miss out on, before you know it they’ll be all grown up and out on their own. This is why it’s even more important to introduce them to a lifestyle of healthy habits such as fitness and self-control.

If you can see a difference in your child after just one martial arts class, imagine how much they will learn with four! The benefits of the classes are far more than learning self-defense and respect; it’s an opportunity to thrive. 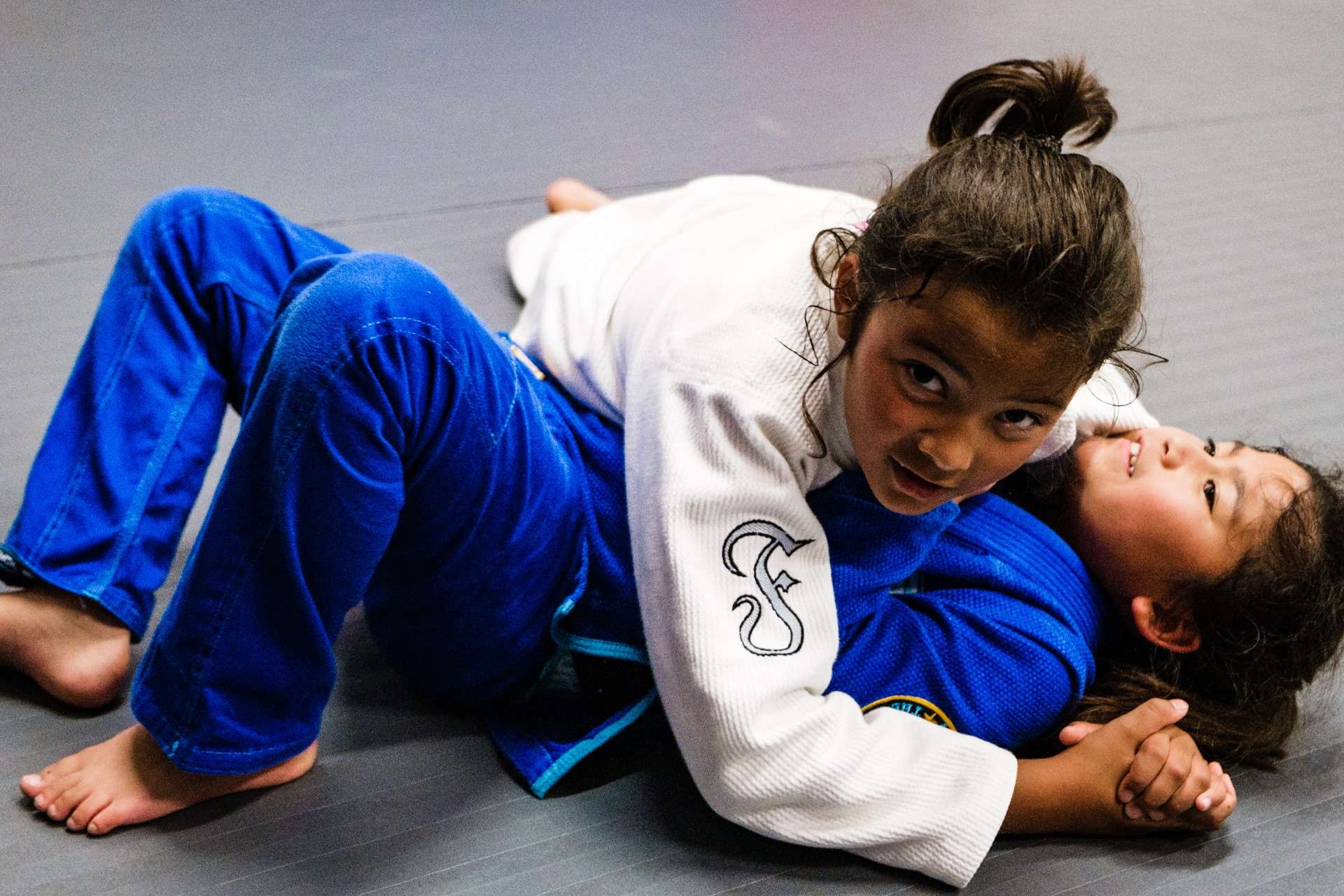 Motivate your kids to be active

It’s never too early to start teaching your child about physical fitness, discipline, self-control, respect, and more. The lessons your child learns studying martial arts now may very well follow them into adulthood.

The skills they learn and the conditioning of their physical bodies gives kids a step up when it comes to their daily life function and if they choose to participate in athletic activities at their school or club.

Setting your children up for good health and a healthy body image is something they can keep throughout life.

Learning Skills can be taught

Martial arts is a natural outlet for their energy. This helps them achieve clarity in school which leads the way to better grades and performance. Listening to an instructor and following directions is a cruital life skill, here at our academy we encourage this through respect for leadership and their fellow students.

Your child deserves an educational experience that will help them succeed later in life. And with martial arts, they can get one! 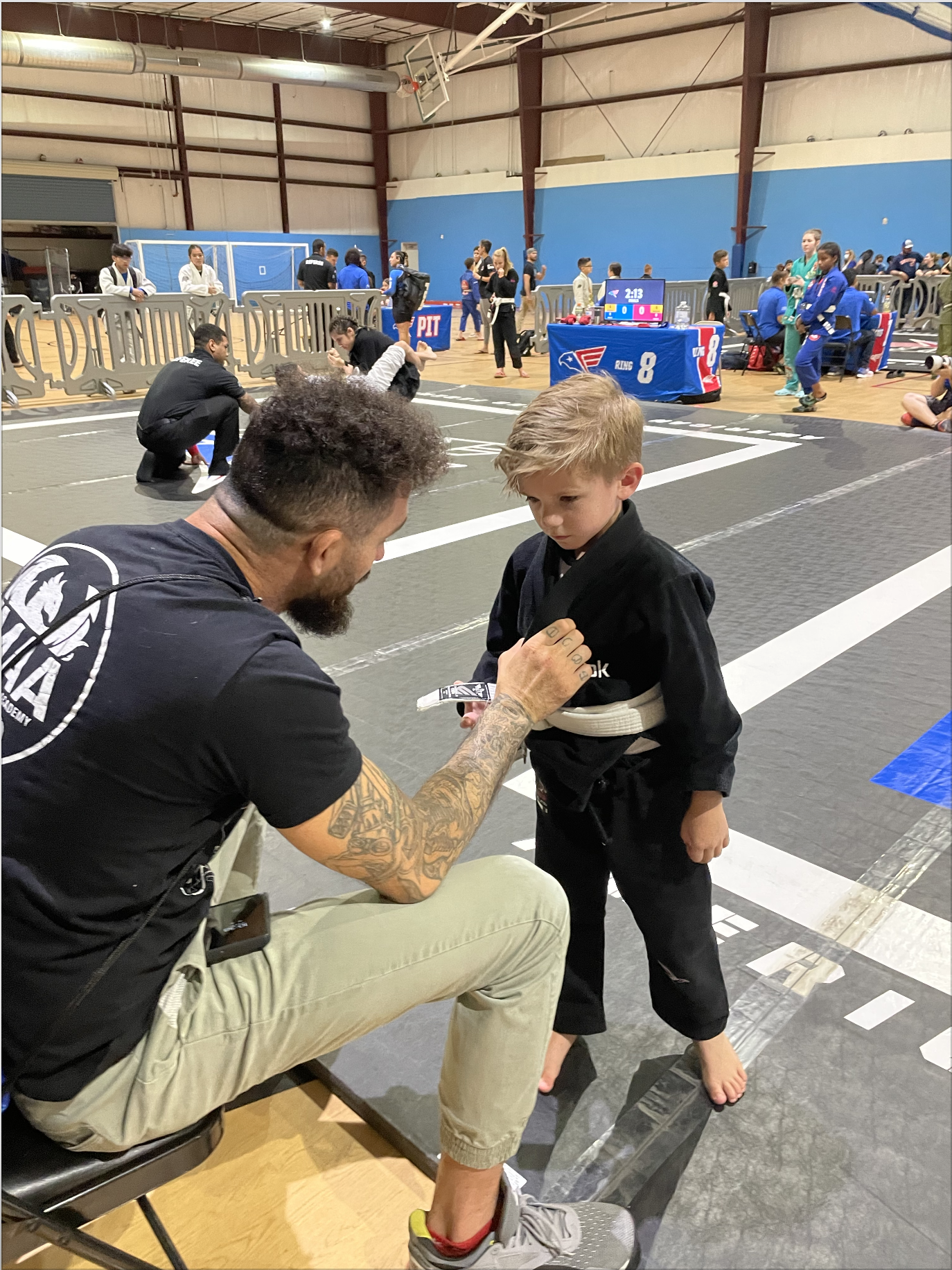 Our martial arts training helps kids develop focus and self-discipline. It teaches them that their success in life will depend on how hard they work, so it’s important not only during class time but also at home or when playing outside with friends.

We know from experience as parents ourselves what can happen if children don’t pay attention enough–they get distracted easily by shiny things around them!

Through repetition with memorization being important parts about our curriculum (and lots more than just physical activity), students develop an ability not only stay fully engaged but also achieve successes through dedication towards hard work when surrounded by like minded individuals who are all vying for excellence together

Drew Lewis
recommends
We had about 3 min left in the class and I had to tap out. Couldn’t breathe. Had tunnel vision. And wanted to puke. Had to use gps to leave the parking lot cuz I couldn’t remember how I got there.... Other than that it was great non running cardio!!!

Tyler Murrah
recommends
It's a great facility, very clean, nice and professional. They have a shower, changing rooms, water fountain, and 2 huge mat spaces. The people are great and you make new friends instantly. The training is good. You get a very good push accordingly to your skill level. 5 stars!

Haylie Hays
recommends
Great coaches, community support and skill set to learn from. So thankful to be apart of this gym with my kiddos!

Jason McClellan
recommends
this is an amazing place super nice people , very knowledgeable in all aspects of this sport.

Michael Atkinson
recommends
Wayne’s jiu-jitsu is awesome. He’s so good and such a cool guy. His students were very welcoming to me. I’ll train here every time I’m in town.

Alicia Maddox
recommends
Very proud to be part of the SMAA family. There is no Jiu-jitsu/martial arts training around like it. You gotta learn from the best to be the best and that's what Wayne Knudsen and his team offer. If you are looking for a challenge or just starting out, you feel welcome from day one, but this training isn't for sissies.

Ricardo R. Andreu
recommends
5 stars!! I travel a lot for work and always try to find a gym to train when I’m on the road, If you’re in Shreveport take advantage of this awesome gym and the knowledge that Professor Wayne Knudsen has to offer. Learning and training with a PanAm and IBJJF champion is a unique experience that will improve your Bjj game for ever. The classes are large some times, but somehow he always manages to correct every person on the mats and even as a visitor, he made me feel like I am part of the team. This is my home away from home when it comes to BJJ. Couldn’t recommend it more.

Chenique Wilson
recommends
I was looking for other fitness options when I came across this academy...I'm so glad I did! I went to a trial class and was absolutely convinced to come back. The coaches, everyone is amazing; this is exactly what I need to achieve my fitness goals and learn a skill I can use if a situation presents itself. I look forward to competing one day; I'm excited for what's to come!
Facebook rating score: 5 of 5, based on 73 reviews

It’s Never Too Early
or Too Late